﻿﻿﻿Kobo Redux is an evolution of Kobo Deluxe, with smoother movement, a bit of physics, and various gameplay tweaks and updates, for a less frustrating experience.

The game is still in development, but the full engine source code is already available. The remaining work is mostly in the areas of graphics, sound, and music, and a substantial part of that is done already. A playable demo will be released as Region 1 (10 levels out of 50) is completed.

Kobo Redux will be released commercially, but the engine remains under the GPL, and comes with minimal themes, making it fully playable without proprietary data.

The game is in development, but a playable Tech Preview has been released, and pre-purchase is open. See official site for further info.

Kobo II is a commercial game, but the native (C) part of the engine is Free/Open Source software. (Release notes for EEL 0.3.6 and ChipSound 0.1.0. EEL site.) 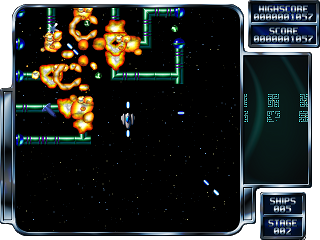